Stay up to date with us on

Home
About us
Reference Works

« Back to previous page

The impulse response of an IIR filter is infinite, because it contains feedback. When a step signal is coupled to the input of the IIR filter, it always generates a variable output signal, due to the feedback. 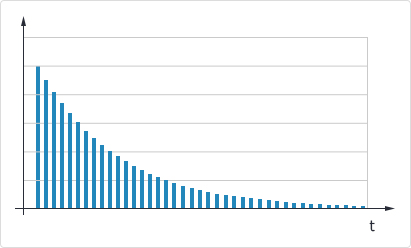 Of course, due to the finite numeric word length the output signal gets into steady state after a time, it does not change. In an unfortunate event a shorter- longer oscillation occurs.
The design of IIR filters is simple, it is connected to the s plane design. The biggest part of the design process is connected to HW filter design, so their theory is well known. An IIR filter can be realized with much less coefficients than a FIR filter with similar frequency response, but stability problems may occur, it can be more sensitive to numeric word length than the FIR filter, and its phase response can cause problems.

The realized design method in the Filter Design program is the bilinear transformation. According to the special literature, this is the most efficient method of designing IIR filters. The main point of the design process is that the filter transfer characteristics written on the plane s is transformed into the z plane according to following equation.

The 2/T in the equation is a scaling factor, that ensures that the analog frequency points should get into the corresponding digital frequency points.
Four methods are implemented from the analog filter design methods in the Filter Design program. The order of the filters can be changed in the range of 1 – 20. Low pass, high pass, band pass and band stop filters can be designed.

It is also called minimal phase filter. This filter has the least group delay time variation in the transfer range among the IIR filters, its phase response is almost linear. 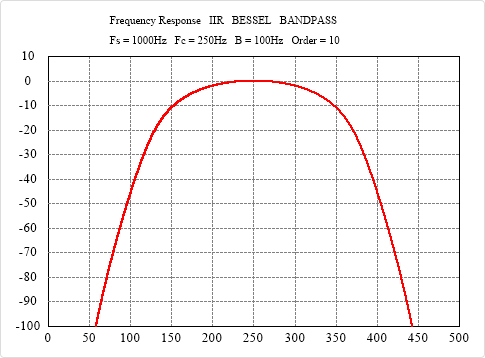 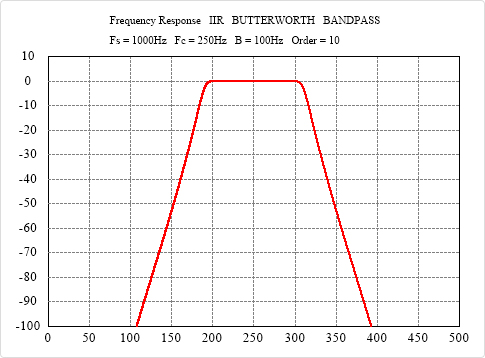 The adjustable parameter is the pass band ripple. 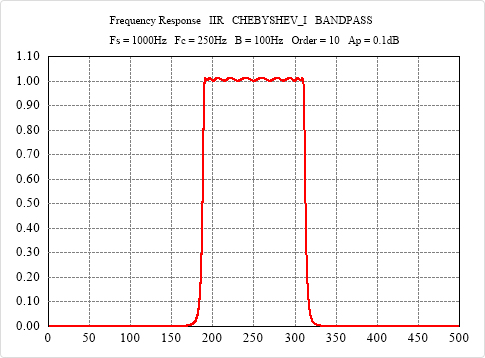 The adjustable parameter is the stop band attenuation. 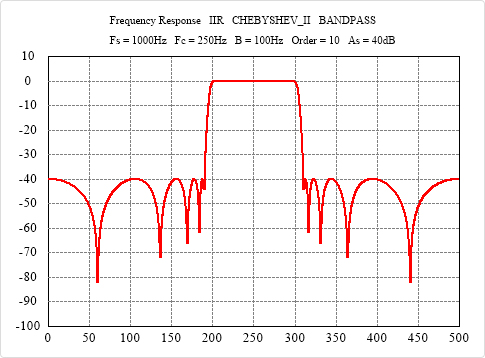